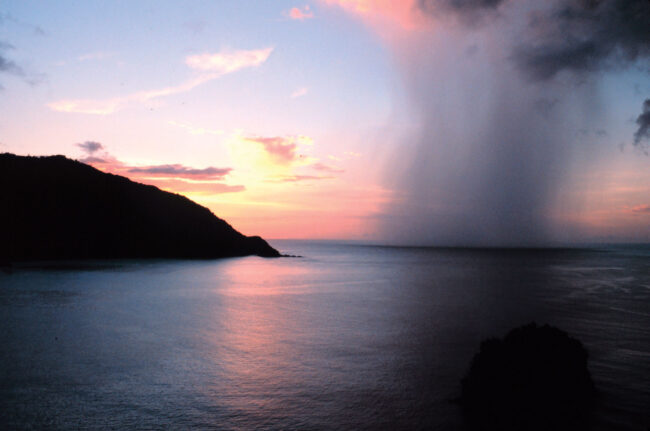 Rain or atmospheric precipitation is responsible for making the water contained in the atmosphere return to the ground completing the water cycle , as well as providing the largest source of fresh water on which human activity and a large part of our landscapes depend. vegetables. However, both its quantity and its frequency can vary greatly throughout the different places and the different seasons of the year; This is why it is so important for climatology to study what are the factors that influence precipitation, the varieties or types of existing precipitation , etc.

Keep reading more if you want to know about how precipitation occurs and about such interesting concepts as what are orographic precipitation or convective precipitation; We will tell you that and much more in this entertaining article from AgroCorrn.

What is precipitation and how is it classified?

Precipitation consists of the fall to the Earth’s surface of water from clouds , either in liquid or solid form . Clouds are therefore the main source of precipitation, although, as we all know, most of them do not always cause precipitation. So what has to happen for the water to reach the ground? For rain to occur, the small water droplets that make up the clouds (as well as the ice crystals that make up the clouds at higher altitudes) have to collide together to form larger droplets. Only in this way will air resistance be overcome and gravity will cause them to fall.

Types of precipitations according to their intensity

The intensity of precipitation is defined as the amount of water that falls on the surface during a given time interval. It is usually measured in liters per square meter in an hour or, what is the same, in millimeters per hour (mm / h) and it is used to express it with the terms weak, moderate, strong, very strong and torrential. The types of precipitations according to their intensity are:

As we will see later, one of the types of precipitation that is essentially characterized by its intensity are showers. Showers present rapid variations in the intensity of precipitation, that is, they start and end abruptly and accumulate large amounts of water in a very short time.

As a curiosity, it is worth mentioning that showers and torrential rains are quite frequent along the Mediterranean coast in autumn, where the cold drop phenomenon or DANA occurs . Here we tell you more about What is the cold drop .

Types of precipitation according to the form of manifestation

The most striking thing about the manifestation of precipitation is that it can occur in a liquid or a solid state. The liquid precipitation are drizzle, rain and rain water.

We take advantage of the mention of liquid precipitation to remember the so-called “acid rain”, although in reality it is contaminated water with a very high level of acidity that returns to the earth’s surface and, therefore, falls in any of the forms of precipitation. Here you can learn more about What is acid rain, its causes and solutions , as well as What are the possible solutions for acid rain .

In addition, here we tell you more about How snow and hail are formed .

Types of precipitation according to its origin

The origin of the rains or precipitations is linked to the mechanism by which the clouds were formed from which they come. These are the types of precipitation according to its origin :

We recommend that you also learn about the different types of clouds to better understand this topic.

If you want to read more articles similar to Types of rainfall , we recommend that you enter our Nature Curiosities category .