Types of fossilization and their characteristics 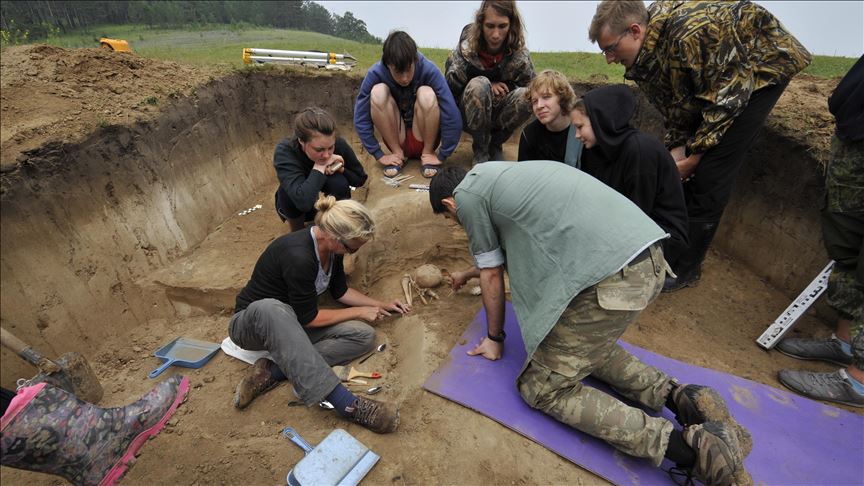 The tafonomía is the branch of paleontology that is dedicated to the study of fossils and the processes involved in their formation. This transformation from living organisms to fossils is what is known as fossilization and depends on certain circumstances for its success; so animals or plants do not always leave fossil records. Given the complexity of the phenomenon, doubts may arise about how a fossil is formed exactly or whether there are different types of fossilization and what their characteristics are.

If you are interested in knowing more, continue reading this interesting AgroCorrn article about the different types of fossilization and their characteristics where you can learn how fossils are preserved, as well as some examples of types of fossils according to their fossilization process .

What are fossils and how are they formed

Fossils are plant or animal remains that have been dead for a long time, which have not reached putrefaction and which, over the years, have become another component of the earth’s crust. Its study, through the geological dating of rocks and phenomena at the planetary level, allows ordering the fossils in geological time , which is the time elapsed since the Earth was formed until today.

The process of fossil formation , called fossilization, is considered a complex natural cycle that depends on: the lack of oxygen, the rapid burial of organisms (generally in hydric sediment) and the paralysis of the decomposition process.

Obviously, there are fossilization processes in which the changes in the composition and structure of the organisms are minimal or scarce, which is why we speak of unaltered fossils (inclusion, mummification, freezing); however, there are also the altered fossils (permineralization, carbonization, replacement) in which there is a drastic structural or chemical transformation. As indicated, fossils can be formed in a number of ways. Here is a brief explanation of how fossils are classified according to their formation .

Types of fossilization according to the geological process

These are the 3 types of fossilization according to the geological process :

It is the fossilization process by which the hard parts of an organism, made up of porous material and cavities, are covered with runoff water loaded with dissolved ions (silica, calcium carbonate, phosphates, sulfates, iron oxide) that occupies their interior, being able to cause the disappearance of the internal structure and the formation of crystals that preserve the surface structure of the organism. This type of mineralization, similar to the foundation process, is very common in dinosaur fossils . If these creatures are curious to you, here you can learn about herbivorous dinosaurs: names, types, characteristics and images and here about carnivorous dinosaurs: names, types, characteristics and images.

Printing or compression fossilization, very common in plants, occurs when the remains of organisms are subjected to high temperatures or the high pressures exerted by rocks and other edaphic and subsoil materials.

This fossilization process occurs when organisms become trapped in conservative materials or environments. Depending on the conditions, 3 types of inclusion or embedding can be distinguished :

Types of fossilization according to the physical process

These are the 5 types of fossilization according to the physical process :

Disarticulation, which involves the separation of the components of the remains of organisms, can take place during the processes of bioturbation, compaction of the sediment or by phosyldiagenesis.

Fragmentation is a destructive process that is easy to identify in fossils, since it consists of their breaking, caused either by physical impacts or by the action of living beings.

This process is very common in marine fossils and consists of the removal or decomposition of materials from a hard substrate by the action of organisms. In these ecosystems, bioerosion is caused mainly by mollusks , sponges , crustaceans and fish , among others.

It consists of the erosion or wear of organic remains that end up being fossils through friction with water currents and also with air currents.

Corrosion is triggered by factors that promote chemical degradation and alter the surface of the fossil record.

Types of fossilization according to the chemical process

These are the 5 types of fossilization according to the chemical process :

This type of fossilization is very common and consists of the replacement of hard organic remains by calcite, a mineral composed of calcium carbonate. Since the skeleton of corals is made up mostly of this material, fossilization through this process takes place rapidly.

This fossilization process, which consists of the substitution of organic components for carbon , characterizes the Carboniferous period, and is very common in plant remains and arthropods , due to its cellulose and chitin content, respectively.

Sometimes silica is derived from chemicals that allow fossilization, as is the case with chaldedonia. The most common fossils in this process are foraminifera, echinids, ammonites, gastropods, and brachiopods.

In pyritization, the organic parts of shells and skeletons are replaced by marcasite and pyrite, two types of iron sulfides, a product of the combination of sulfuric acid generated by the decomposition of marine organisms under anoxic conditions with the iron present in seawater. .

In this process, very common when there is a certain accumulation of vertebrate remains, the calcium phosphate present in bones and teeth, together with the calcium carbonate in the sediment, favors the formation of fossils.

Types of fossilization according to whether the organism is present

In addition to the types of fossils mentioned below, through the paleontological trace it is possible to obtain information about the organisms when they were alive. The ichnofossils (fossilized footprints or fossil footprints) can be found indoors, known as coprolites , or on the surface of the stratum, as is the case of dinosaur ichnites .

In this type, the fossil preserves its skeleton to a greater extent. We have the example of the frozen mammoth and one closer to us, which we have surely seen at some time, the shells.

Fossil substances or chemical fossils can be found in geological materials, which turn out to be substances that were generated by the activity of extinct organisms and were trapped there.

Now that you have learned all this about how fossils are formed and what is the conservation process of fossils naturally , you may be interested in continuing to learn more about what living beings and the planet were like so many millions of years ago. If by now you have learned enough about the types of fossilization and their characteristics , go ahead and discover which is the oldest fossil in the world .

If you want to read more articles similar to Types of fossilization and their characteristics , we recommend that you enter our Nature Curiosities category .

previousTypes of precipitation
nextTypes of climate in the world
Related Posts