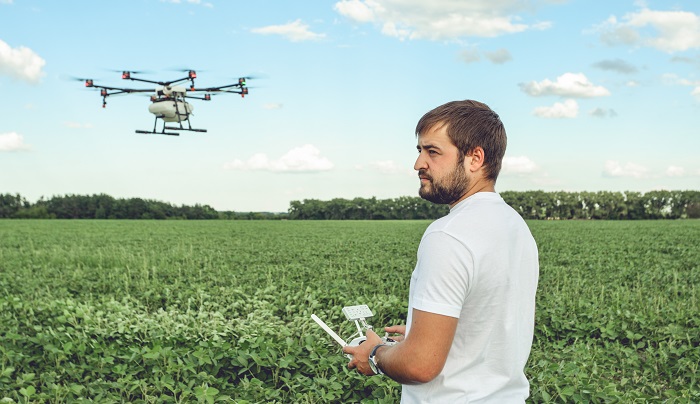 The drones , unmanned aerial vehicles of different sizes and shapes, have been used worldwide for military, civilian as well as toys purposes. In the environmental field, its possibilities are immense to help preserve the environment or with the aim of restoring it.

Although they can be used for unethical purposes , the truth is that they are very useful to protect the environment in a thousand ways and, from a broader perspective, it can be said that they have great potential to help save the planet.

In Spain, as in the vast majority of countries, its commercial use is prohibited , as it is a very new matter, and many legal problems still have to be resolved , in part precisely due to the possibilities that these aerial devices have is out of the question. any doubt. Still, an upcoming regulation is expected.

You may also be interested in: 5 eco inventions that will surprise you
Index

The use of drones can help preserve the biodiversity to help locating endangered animal or plant species, identifying breeding sites, for instance , and in general, are suitable for providing environmental information of interest about wildlife, natural resources and different characteristics of ecosystems.

Likewise, they are effective in monitoring volcanic activity and forest fires. They have tools that state- of-the- art technology provides through electronic equipment that includes a compass, gyroscope, high-resolution cameras, altimeter, sensors, real-time communication system, and can work by remote control or autonomously.

The agriculture is one of the sectors in which we have found more uses, including agriculture ecological , allowing gains in efficiency .

Although the uses are really wide, there are many applications that seek greater efficiency to achieve precision agriculture that saves resources thanks to better disease management, water use or the need for fertilizers and pesticides in a specific place. .

With this, it is possible to make less use of these highly toxic compounds, and the same drones, on the other hand, can apply these pesticides and fertilizers, as well as for cultivation or to remove weeds.

To this same end, drones make precision forestry possible. The project by Lauren Fletcher, an engineer at the University of Oxford, and her team aims to design drones that allow massive tree plantings to end deforestation.

Likewise, they serve to measure air pollution, monitor forests, detect deforested areas, monitor the coasts and any risk area that may suffer natural or man-made disasters.

Drones are also very effective at detecting forest fires, determining the focus of the fire and helping to extinguish it as soon as possible. Basically, the images captured 24 hours a day are sent to a control center, where constant supervision is carried out in real time.

Drones are also used to monitor nature reserves often violated by poachers in order to prevent the attack or to record it to take legal measures and also achieve a deterrent effect.

The drones fly over the different areas and help detect hunters thanks to the cameras they incorporate, capable of taking photos and videos even at night, in addition to being able to detect the location of the animals thanks to tags that they carry, connected to radios that allow drones to geoposition them in real time.

Currently, among other uses ( hunters also use them to detect prey), they are being used to try to stop the terrible slaughter suffered by rhinos and elephants in Africa, specifically in national parks in Namibia.

If you want to read more articles similar to Drones, good allies to protect Nature , we recommend that you enter our Ecological Technology category .