Weathering: what is it, types and examples 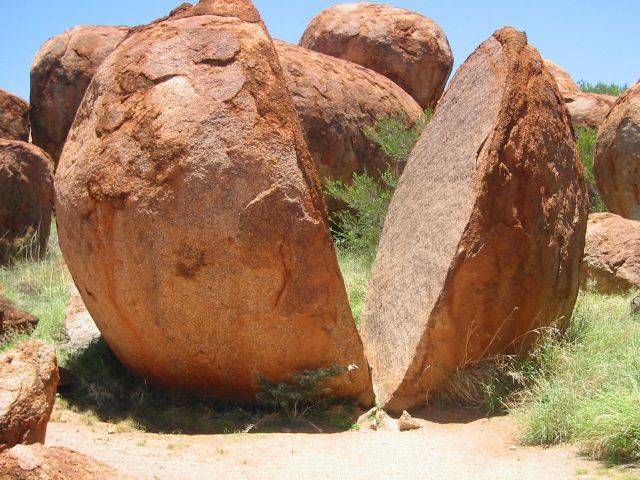 In terms of reliefs and mountains there is a basic rule: the higher a mountain is, the more recent its formation. The truth of this statement is that over time the mountains lose height due to processes that cause the wear of their rocky surface. The processes that cause such wear are included in the term weathering.

If you want to know more about these processes, stay reading this article because from AgroCorrn we will teach you everything you need to know about what weathering is, its types and examples .

Let’s start by defining its concept: weathering , also called weathering , is a set of processes that cause the wear, decomposition or disintegration of rocks when they are exposed to the elements, hence its name.

Due to its effects, weathering is a fundamental component in the formation of landscapes and soils and, therefore, of all the diversity of ecosystems that exist. And, as if that were not enough, it is of great economic importance since those constructions made with rocky materials are not free from weathering processes.

However, it is not necessary for the rock to be on the surface for it to undergo alterations. Through metamorphism in rocks , metamorphic rocks originate precisely whose formation is due to the modification of existing rocks inside the Earth. However, in this article we will dedicate ourselves to talking about the modifications of the rock caused solely by its exposure to the elements.

There are different weathering factors that cause different types of wear, among these we can mention physical or mechanical, chemical and biological weathering . In this section we will describe each of them.

To begin with, this process, also known as physical weathering , causes the rock to fragment into small pieces . In this way, the exposed rock surface increases and, consequently, it is more vulnerable to weathering.

This type of weathering can be caused by changes in temperature, since they cause the rock to expand and / or contract, favoring its rupture. Another key point is the entry of water into the cracks and fissures of the rock. When the water freezes, its volume increases considerably, a phenomenon that also favors the disintegration of the rock. Finally, the wind and the waves of the sea are two great forces that also contribute to mechanical weathering.

In this case, it is a process that causes the disaggregation or decomposition of the rock due to chemical changes in its composition. Typically, when water and oxygen come into contact with minerals in rocks, chemical reactions such as hydrolysis and oxidation occur, resulting in minerals with different chemical compositions.

This process depends, to a large extent, on the type of rock, the temperature and the chemical reaction that takes place, among the latter we can mention:

It is a process of wear of the rock originated exclusively by living beings . With their roots, trees and other plants exert pressure on the rock causing cracks and fissures that, as the plant grows, they enlarge and deepen. Likewise, organisms such as mosses, lichens and bacteria use rocks as support and, thanks to their metabolism, can trigger reactions that alter the surface of the rock. Finally, we must not fail to mention the animals that live under the ground that, through their digging habits, facilitate the development of cracks.

Have you ever visited a cliff? Those huge rock walls are a clear example of mechanical weathering . The powerful force of the wind and the waves allowed that, through the years, the cliffs are as we know them today.

Another example is the monuments found in large cities, but this time it is an example of chemical weathering . In general, monuments are usually built of limestone rock and, when in contact with air pollution from cities and acid rain , they undergo chemical reactions that contribute to their decomposition.

And finally, an example of biological weathering that is difficult to believe: ants and termites, with their small size, are capable of causing considerable modifications in soil minerals, which favors the growth of plants, which also contribute to weathering. biological.

Difference between weathering and erosion

To understand the difference between the processes, let’s first start by knowing their similarity. As a common factor, both processes cause the degradation of the rock. However, erosion also includes the transport of degraded material to other places, through the action of wind and water, a fact that is not contemplated in the weathering process.

In conclusion, to finish understanding this concept, we can indicate that the difference between weathering and erosion lies in whether or not there is transport of rocky materials.