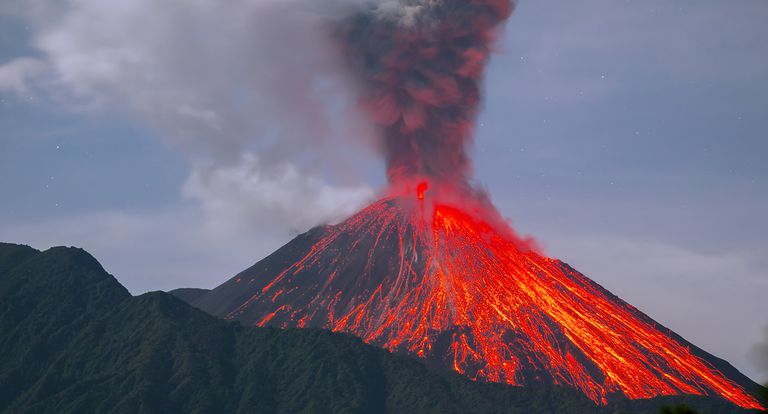 Volcanoes are geological structures through which magma rises from within the Earth. These usually originate in the limits of the tectonic plates as a consequence of their movement, although there are also so-called hot spots, which are volcanoes located in places where there are no movements between plates.

If you want to know more information about these formations that connect the center of the Earth with the outside, both on land and on the seabed, what types of volcanoes there are and why a volcano erupts and what volcanic eruptions are like, continue reading this interesting AgroCorrn article in which we clarify how volcanoes form and much more.

What are valcanes and how are they formed

It is an opening or rupture in the earth’s crust, through which magma or molten rock is expelled in the form of lava, volcanic ash and gases from the interior of the earth at high temperatures.

They are usually formed at the edge of tectonic plates and there are different processes for the formation of a volcano :

In general, we can say that volcanoes can be of different types depending on some characteristics of their formation, such as the place or the exact process, but that there are aspects of the formation of volcanoes that are basic in all of them. This is how a volcano forms :

To learn more about the formation of volcanoes, we encourage you to read these other AgroCorrn articles on What are the main seismic and volcanic zones in the world and What is the Pacific Ring of Fire .

Parts of a volcano

A volcano is made up of different parts:

To classify the types of volcanoes, it can be done according to their activity , existing the following:

Although they can also be classified by their volcanic eruption :

How a volcanic eruption occurs

The eruption is one of the main characteristics of volcanoes that help us to classify and study them. Within the different mechanisms of volcanic eruptions there are 3:

For more information on volcanic eruptions, their definition and types , don’t miss this other article. In addition, if you want to discover more curiosities about volcanoes, we recommend you read these other posts about The heart of volcanoes, an inexhaustible source of energy and What are the most dangerous volcanoes in the world (you can see a video about them below).