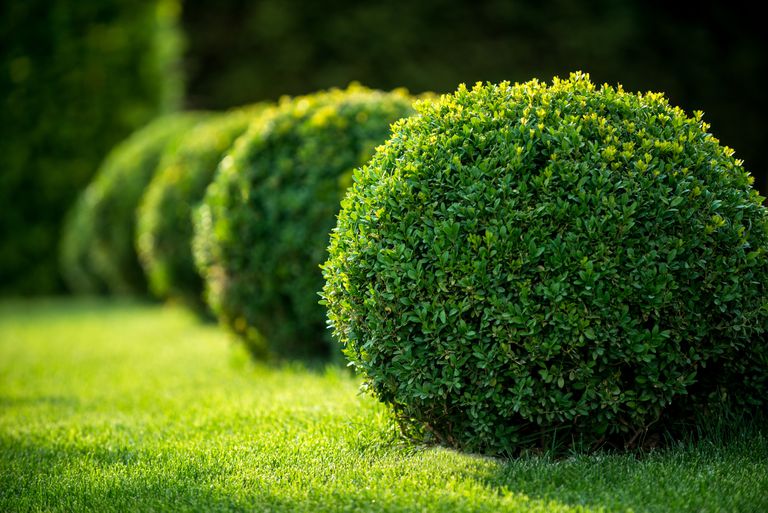 The words bush, tree or plant are commonly used erroneously in the colloquial sphere, when we speak in a relaxed way between friends or family. However, a bush is much more than a small tree and it is important to know its exact definition and what it is that really differentiates a bush from a tree.

If you wonder what a bush is and examples of this type of vegetables or what shrubs are like and what their size is, among more curiosities about them, join us in this AgroCorrn article in which we talk about what shrubs are and many more details.

What are shrubs and their characteristics

The mistake of thinking that the only thing that differentiates a tree from a bush is its size is very common. Thus, the majority of people without knowledge of gardening or botany call trees those species with more than two meters in height, shrubs to intermediate ones and plants in general to herbaceous ones, which are smaller in size. The characteristics of the bushes , fortunately, are much more specific and easy to define.

Depending on the area in which we are talking, we can classify the bushes differently. A classification is to distinguish flowering shrubs for those who do not produce, another difference between evergreen shrubs of which are shrubs deciduous leaf . When we want to prepare a green area, it is also common to think about which are the fast growing bushes or which are the slower growing bushes .

However, one of the most used classifications to define the types of shrubs is the one that differentiates them according to their size. The climbing shrubs are those that require a surface or support of some sort that used to rely on it in different ways, growing around this structure. They are very popular for the decoration of pergolas, facades, walls and surfaces of all kinds. The shrubs are not climbers , who are the majority, they do not require this assistance and are able to support themselves.

Here are some examples of shrubs :

Azaleas are plants of the genus Rhododendron. These are small, evergreen shrubs that rarely exceed 50 cm in height and originate from Asia. These are plants highly valued for their flowers, in white, red or yellow colors, which are very showy and decorative. They are semi-shadow species that resist frosts down to -2 ° C or -3 ° C, which is why they are often used in slightly cold climates.

In this link you can learn more about the characteristics of the azalea plant and its care .

The Hydrangea macrophylla , much better known by its name as hydrangea, is a shrub up to 3 meters high that has its origin in Japan, although it is currently widespread. Like the azalea, it is very popular for its flowers, which it produces grouped in large inflorescences of striking whites, reds and pinks. Also like the azalea, it prefers semi-shade and resists light frosts.

Plants of the genus Lavandula , commonly called lavender, lavender or lavender, are a whole genus with about 60 species. It is a wild shrub that requires very little care to grow and will provide a pleasant and unmistakable aroma to any space. It also stands out for its medicinal properties, highly appreciated in infusions of its leaves.

In these other AgroCorrn articles we show you 12 types of lavender , How to plant lavender and Caring for the lavender plant .

Other names of shrubs

Also, if you want to discover more species of shrubs, here you will see 21 flowering shrubs .

Difference between tree and bush

The defining characteristic when it comes to differentiating a tree from a bush is not the height, but the trunk , as we mentioned before. If it has a single trunk, from which secondary branches start from a certain height, it is a tree (here you can learn about different types of trees ), while, if it is already branched from its base, it is a shrub.

It must be taken into account here that there are some species, such as the olive tree, that humans prune and modify so that they adopt arboreal appearance and thus give more fruit or conform to certain aesthetic canons, but since it is a modification artificial, does not make them stop being shrubs.

Here you can learn more about the case of Trees and shrubs for topiary pruning , that is, for ornamental use.

If you want to read more articles similar to What are bushes , we recommend that you enter our Nature Curiosities category .