Parts of the river and their characteristics 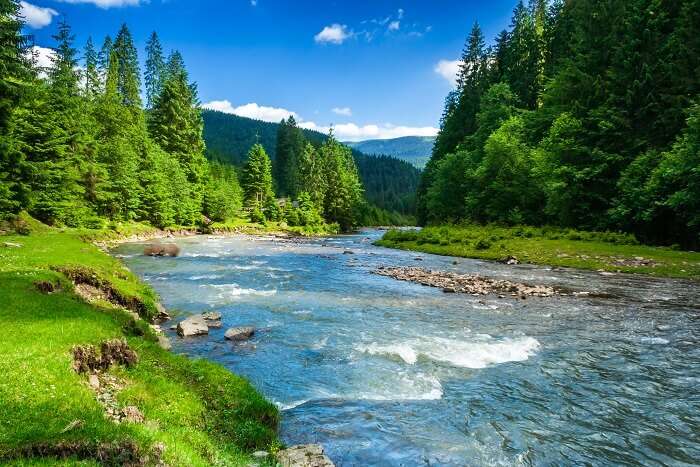 Rivers (along with streams, reservoirs and wetlands), host less than 1% of the total volume of fresh water on Earth. Therefore, they are a key piece for people’s water supply and consumption. However, its quality and conservation is threatened by human activities. It is possible that ignorance has led us to this situation, because: what exactly do we know about them? Have you ever wondered what the course of a river is like or what is the name of the amount of water that a river carries? What types of rivers are there? How important are rivers?

If you want to know more about this topic and solve these doubts, you can continue reading this AgroCorrn article about the parts of the river and their characteristics , where you will learn about the parts that make them up, but also about what the flow of a river is and what it is the bed of a river. You can also consult the classification made of them and learn about some interesting examples of rivers.

What is a river

Rivers are defined as masses of surface fresh water that move or flow through physical channels, called channels , from places of higher altitude to places of lower altitude due to gravity itself. In addition, it should also be noted that the course of river water is called the river course . These fresh water currents mainly originate in high mountain areas due to the accumulation of rainwater, water from springs, melting and melting snow.

Although, as in theory, in our mind, we relate rivers to bodies of surface water, it is true that there are underground river systems , whose origin takes place in karst processes on the ground.

Finally, in relation to the characteristics of rivers , it is worth highlighting their capacity to modify and model the landscape through the processes of erosion, transport of materials and sedimentation (deposition).

In this other article you can learn more about how rivers are formed .

Upper course of the river

Close to the source of the river in the mountain areas with high slopes. In this course the river waters have a low flow and circulate at high speed, simulating a torrent, so there is a high capacity for erosion and sediment transport .

Middle course of the river

In this part of the basin, with less slope, the transport and accumulation of sediments predominate. In this section the river has a greater amount of flow and its waters are slowing down, this being less than in the previous section, the upper course.

Lower course of the river

In the vicinity of the mouth, the waters of the river circulate at low speed. Sedimentation predominates and, when the rivers flow, they can form estuaries, deltas or estuaries .

In addition, other elements of a river are: its source, its channel and the banks, among others.

According to their period of activity and, therefore, the dynamics and origin of the flow (which refers to the amount of transported water) rivers can be classified into:

Alluding to the “braiding method” created by Rust (1978), according to its geomorphology, taking into account the sinuosity and the number of internal bars or sandy deposits they have (multiplicity), the following are distinguished:

On the one hand, based on the distance between the source and the mouth of a river, the longest rivers in the world include:

On the other hand, the largest rivers in the world are:

To finish, these are some of the rivers in Spain :

After having discussed aspects of the parts of the rivers, the types that exist and more details, we encourage you to continue learning with these other AgroCorrn articles about Why rivers and lakes are important and What is a tributary . Also, here below we leave you an interesting and short video about why river water is sweet.