What is a meander, its characteristics, formation and types 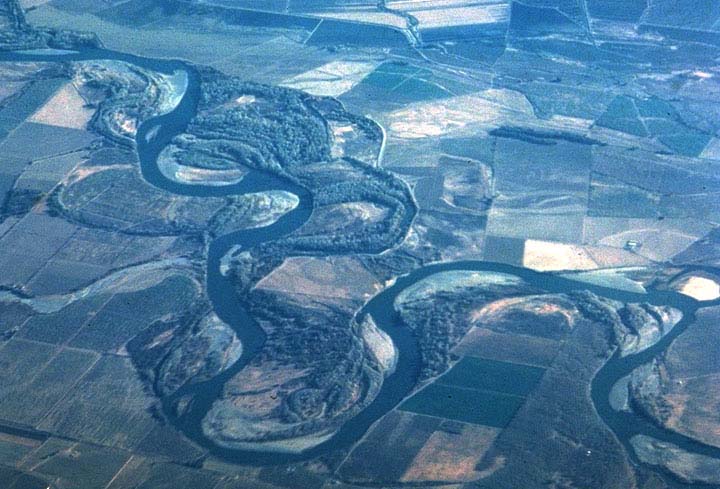 The channels or river beds of a river are the conduit through which water circulates. Its morphology (in terms of sinuosity and braiding or number of internal bars) allows us to differentiate three types of channels: rectilinear, braided or anastomosed, and meandering or meandering.

In AgroCorrn we will focus on this last type, so if you want to know what meanders are and more details about them, check out this article in which we talk about what a meander is, its characteristics, its formation and its types and in which Furthermore, some examples of well-known meanders are shown.

What is a meander and its characteristics

We start by clarifying what meanders are exactly. We can indicate that the meanders are the curves that describe the rivers as they pass. The rivers that run through the territory tracing this series of curves, of greater or lesser opening, are known as meandering or meandering rivers . Some of the main characteristics of meanders are shown below :

How a meander is formed

After knowing its definition and its characteristics, you may wonder how meanders are formed . Although we have previously indicated that it is a process that depends on various factors, now we will clarify it.

The meanders are formed in alluvial plains , with little slope, due to changes in the water flow. In the higher speed section, the erosive processes are accentuated, so that the water excavates the shore, giving rise to a concave shape of the land; meanwhile, in the part where the water flows more slowly, sedimentation processes predominate.

Knowing what the definition of meander is and how the curves of rivers are formed, now some more questions arise such as, for example, what is an abandoned meander and what is a meander choke . An increase in the flow of rivers increases the capacity to carry sediments and causes the limits of the meander of a river to blur. In this way, in what is known as narrowing of the meander, the waters follow a more rectilinear course and the accumulation of sediment at the ends that connect the new course with the old meander gives rise to what is known as an abandoned meander.

Meanders can be of two types: divergent or embedded.

Depending on their location, meanders are given a specific name. For example, the meanders of the Ebro River in Aragon are known as galachos, while those of the Mississippi River (United States, USA) are called bayou .

Here are some examples of well-known meanders :

Having known all this about what are the meanderings, characteristics, types and details, we encourage you to learn more about freshwater with these other items AgroCorrn on Why are important rivers and lakes, the pollution of lakes and rivers: causes, consequences and how to avoid it and The most polluted rivers in the world .