How many moons does Jupiter have? 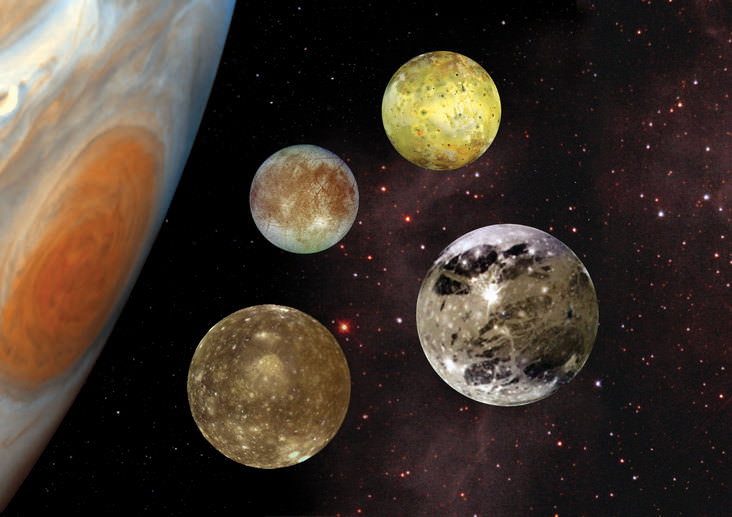 Jupiter is the 5th planet in the Solar System and the 2nd largest celestial body, the Sun being the 1st. Although its size already makes it distinguishable, among the characteristics of Jupiter, it should be noted that it has numerous moons or satellites orbiting it, which can be regular or irregular depending on their formation. So far, more than 70 moons have been identified orbiting this planet and, although this number is lower than the moons that Saturn has, it is believed that Jupiter may have hidden many others, which will be discovered over the years.

If you are curious to know how many there are and what the moons of Jupiter are called, keep reading this curious AgroCorrn article about how many moons Jupiter has , where the four most important moons are also briefly described in order to know some of their characteristics.

How many moons does Jupiter have and what are their names?

Recent studies affirm that during 2020 there were a total of 79 moons or natural satellites orbiting Jupiter. Experts expect this figure to increase by this year 2021, since new moons have been discovered since the 17th century. If you want to get an idea of how many moons Jupiter has since 2020 , you can read the study by Edward Ashton et al. Entitled Six hundred 1-km retrograde jovian irregular moons. [1]

Among the satellites of Jupiter, the Galilean moons stand out. These 4 spherical moons were discovered by Galileo Galilei in 1610, who considered them to be one of the largest in the Solar System. At first, Galileo called them Jupiter I, Jupiter II, Jupiter III and Jupiter IV, following an order of distance from the planet (from innermost to outermost). However, they are currently known by the names of the moons of Jupiter later proposed by Simon Marius, being: Io, Europa, Ganymede and Callisto , respectively.

These Galilean moons , described below, are regular moons, that is, they formed in orbit around the planet rather than being captured, as is the case with irregular moons.

Io , also coined as Jupiter I by its discoverer, is of the 4 Galilean satellites , the third largest and the one closest to Jupiter (the innermost moon). Larger than the moon of planet Earth (if you are interested in learning more about the natural satellite of our planet, here we talk about what are the phases of the moon ), it has a diameter of about 3,643 km and goes around Jupiter in 1 , 77 days 421,800 km away. This moon is characterized by several aspects:

Europa or Jupiter II , despite being the smallest Galilean satellite , with a diameter of 3,122 km, is one of the moons of Jupiter that arouses the most interest. But why is it so attractive? The scientific community has shown special attention to this moon because it has always been believed that under the bright surface of ice 100 km thick there was a great ocean [2] where, due to the heat expended by the nucleus formed by nickel and iron, it is life possible. This was confirmed by NASA in 2016, which has raised hopes that aquatic life will develop on the satellite, despite the fact that there is still no scientific evidence.

Regarding other aspects of Europe, it should be noted that this satellite with an orbital radius of 671,100 km, makes a complete revolution of Jupiter in 3.5 days. The geographical features of more than 100 m high that it has indicate the geological youth of its surface. In addition to all this, it is important to know that its atmosphere is composed of oxygen, of non-biological origin, from the water vapor that is generated as a product of the interaction between light and the frozen surface.

Ganymede or Jupiter III , as Galileo called it, is the largest Galilean moon . With a diameter of 5,262 km, Ganymede is larger than the planet closest to the sun, Mercury, and completes its orbit around Jupiter in 7 days at 1,070,400 km.

This satellite has numerous characteristics that distinguish it from the rest and give it a unique appeal:

Callisto or Jupiter IV is also a large satellite, although with a lower density. It has a diameter of 4,821 km and orbits 1,882,700 km from Jupiter in 17 days. This moon is the outermost of the 4, which may influence the fact that it is the least affected by Jupiter’s magnetic field.

It stands out for having one of the oldest geologically speaking surfaces and for having a fine atmosphere composed of oxygen and carbon dioxide. In this case, it is believed that Callisto can harbor underground oceans of liquid water.

Other moons of Jupiter

Of the 79 moons that Jupiter has, only 8 are regular. In addition to being included in the group of regular moons the 4 Galilean moons, which we have already mentioned, there are also 4 satellites of the Amalthea group (Tebe, Amalthea, Adrastea and Metis). They all have in common that they are the closest satellites to Jupiter, they rotate in the same direction and have little orbital inclination.

In contrast, irregular satellites have elliptical orbits and are at great distances from the planets. Among the irregular moons of Jupiter we find: the group Himalia, Themisto, Carpus and Valetudo.

If you like to learn about what happens outside of our planet, now that you have met the moons of Jupiter, you may be interested in these other AgroCorrn articles: