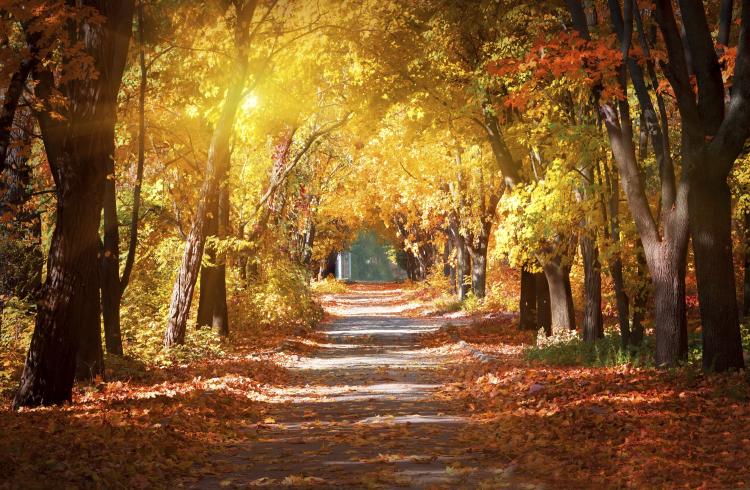 Thanks to the rotation and translation movements of the Earth we can enjoy four different seasons in the same year, although in some parts of the world it is noticeable much more than in others. For example, when the autumnal equinox occurs, it is the moment that marks the passage from summer to autumn. From here, in the areas where the change of season is more marked, it will begin to cool and the leaves of the trees will change color and fall.

Do you want to know when is the autumnal equinox this year? Are you looking to learn more about this time of year? So, be sure to read this short AgroCorrn article in which we talk about the Autumn Equinox 2020 in the Northern and Southern Hemisphere .

What is the autumnal equinox

As a summary, we can indicate that the autumn equinox is the time of year in which, thanks to the movements of the Earth , the Sun begins to form a perpendicular axis with the line of the equator. For this reason, the duration of this day is exactly equal to the duration of the night on the entire Earth, that is, that same day on the entire planet there are the same number of hours of day and night. In fact, “equinox”, which comes from the Latin, means “equal night”. There are two equinoxes throughout the year, the spring and the fall.

As a curiosity, we can talk about the fact that within the Anglo-Saxon culture there is a feast of the autumn equinox and it is known by the name of haleg-monath (“holy month”). However, it is also known as Mabon . Another curiosity about the equinoxes is that they not only happen on Earth , but also occur on other planets but the different way of their movements with respect to the Sun makes these, as well as the solstices and, in short, the seasons , also change , having more or less number of stations and these being more or less long than those of the Earth.

When is the autumnal equinox

Fortunately, thanks to the visionaries of antiquity and the evolution of the science of astronomy, we can easily know the details that determine on which day each equinox and solstice falls. Below we clarify when the autumn equinox is this year in both hemispheres:

When is the autumn equinox 2020 in the northern hemisphere

In the case of the northern hemisphere, the autumnal equinox occurs between September 22 and 23. This year, 2020, it happens on Tuesday, September 22 at 13:31 UTC. From here there will be the autumn season, which will last until September 21, the time of the winter solstice and, therefore, the winter season will begin.

On the other hand, at this very moment, in the South, what happens is not the beginning of autumn, but the season of spring arrives. Therefore, there this transition on September 22 is the change of the spring equinox. Here you can learn much more about the 2020 Spring Equinox: Northern and Southern Hemisphere .

When is the autumnal equinox 2020 in the southern hemisphere

Difference between equinox and solstice

At the equinoxes the Sun begins to form a perpendicular axis with the line of the equator and, on the other hand, at the solstices are the moments when the Earth’s axis is at its maximum inclination with respect to the Sun, which is why the day as the longest night of the year. Thus, we can differentiate the autumn equinox and the spring equinox and the winter solstice and the summer solstice , giving alternately, an equinox and then a solstice successively, so that throughout the year we can see that we begin and end with the winter season (which began in December and ends in March), we continue with spring, then summer and we arrive at autumn, which connects again with winter.

previousMariana Trench: where is it and what is there
nextThe carbon cycle: what it is, how it works and its importance
Related Posts