What is permafrost, its characteristics and where is it? 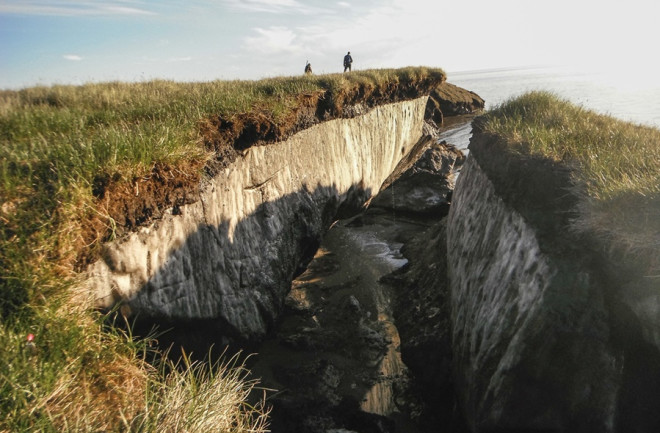 After the 2019 fires in regions near the Arctic Circle, the media and dissemination have shared more information about the thawing of permafrost, also called permafrost, permafrost or permafrost . This is a fact that has been alarming the scientific community for decades.

In this AgroCorrn article we explain what permafrost is, its characteristics and where it is . In addition, we also talk about what happens with the thawing of permafrost and what are its global consequences.

Frozen soil is known as permafrost . It is difficult to classify it since it can have different characteristics and shapes, since it can be composed of solid rock, sediments or sandy and rocky soils as well as rich organic ones. All possible types of soils that are considered permafrost must be frozen, which implies that they must have been below the freezing point of water of 0 ºC or 32 F for at least two consecutive years. The water concentration is not decisive either, as long as they have a slight percentage of frozen water it is enough.

Next, we highlight the most relevant permafrost characteristics to begin to understand this type of soil well.

Where is the permafrost

After knowing what it is and its main characteristics, it is convenient to clarify where the permafrost is . It is found in cold climates, in high latitudes and in high mountain areas with high altitude. It is found in the circumpolar areas of Russia, Canada, Alaska, China, Greenland, Scandinavia and Antarctica, as well as high mountain areas such as the Pyrenees, the Alps or Tibet, among others.

What is permafrost thaw

It is one of the great carbon sinks on the planet, so it is expected that the carbon retained in it is four times higher than that found in the atmosphere. Its release would imply a very drastic increase in the greenhouse effect, motivating a feedback loop.

Since the last Ice Age, organic matter has been accumulating in it, from dead plants and animals. This organic matter has been preserved by freezing in permafrost for millions of years. When the permafrost melts , this organic matter is exposed to decomposing microorganisms that, when found in anaerobic environments (with a lack of O2), emit CO2 and CH4 in higher concentration, due to the process of methanogenesis or biomethanization. Unfortunately, methane from permafrost , and other sources, has a power 25 times greater than CO2 on the greenhouse effect .

In addition, the methane gas hydrates that were retained in the permafrost are also gradually released and rise as it thaws.

What are its consequences if the permafrost melts

The gradual thawing of permafrost is an irreversible factor that generates major problems such as those related to the loss of soil structure. The main associated consequences of permafrost thaw are:

An example of the consequence of the thawing of permafrost related to the appearance of pathogenic microorganisms that were latent is that it is estimated that, in 2016, the anthrax outbreak that occurred in the Yamal Peninsula was due to this environmental problem. The reindeer must have ingested the virus in the permafrost and later transmitted it to humans, when they ingested their meat.