How to report animal abuse 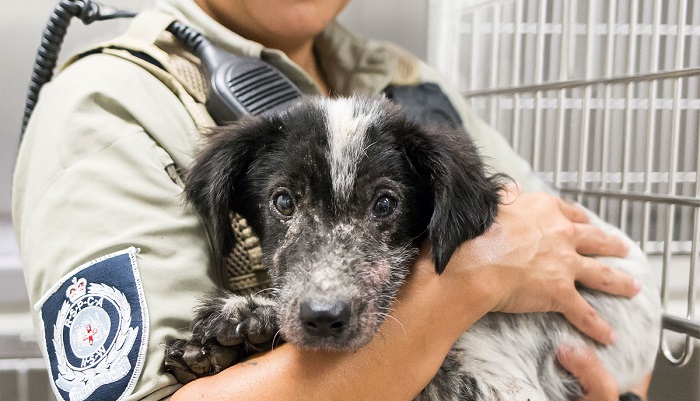 Unfortunately, currently in Spain, as in many other parts of the world, many animals suffer abuse. Although it is also true that more and more people are becoming aware of animal welfare , we can still find many animals in terrible and unsanitary conditions. These are situations in which we cannot stand idly by as it is a moral duty to do everything in our power to put an end to them. It is necessary to clarify that, when we talk about situations of animal abuse, we are not referring only to those in which a physical aggression against an animal is taking place, but animal abuse covers a broader spectrum, being situations of mistreatment of animals also those in which they are abandoned or are in terrible conditions of life, both health and sanitation.

In this AgroCorrn article we want to clarify as much as possible how to report animal abuse if at any time we know of a case.

You may also be interested in: Where to report animal abuse in Spain
Index

How to report animal abuse in an emergency

Any person who is aware of a case of animal abuse is entitled to file a complaint. However, the channels through which this complaint can be made are not always known, therefore, below we will explain the procedures that exist in Spain to carry out the complaint for animal abuse and, thus, help put an end to the hell in which unfortunately many animals live.

First and foremost, it is important to point out that, if we are facing an emergency situation in which the animal is in danger of dying , or an attack is taking place at that time, it is necessary to first call SEPRONA (062 ) or, failing that, to the Municipal Police (092) , to intervene as urgently as possible.

Except for the urgent cases discussed in the previous section, in this country we find the existence of two kinds of complaints, such as criminal complaints and administrative complaints.

“Those complaints in which the perpetration of a crime or a criminal offense of which the law is reported.”

That is, we are dealing with cases that constitute a crime, and they are neither more nor less than those contained in Articles 337 and 337 bis of the Penal Code, which typify conducts such as sexual exploitation, causing injury or death to animals and their abandonment, establishing penalties of a maximum of 18 months in prison , depending on the seriousness of the act.

In these cases, the complaint for animal abuse may be made before the Civil Guard (or police station depending on the municipality or city in which we are), or directly in the court that has territorial jurisdiction over the place of commission of the facts, that will give rise to the beginning of a judicial procedure.

“Those complaints in which it communicates an act or omission that is contrary to administrative laws.”

In these cases, what we must do is file a written complaint with any of the public registers made available to citizens by public administrations, which may be found in town halls or different autonomous bodies, depending on the part of the country. in which we are (the situation and schedules of these can be found both online and by asking directly at the town hall of the municipality or city).

Likewise, with regard to administrative complaints, if it is not possible to submit the complaint in writing to the registry, it may also be made verbally before an agent of the authority (Civil Guard or Police) or public official authorized for this purpose, which will record the facts in writing. In these cases, the complaint of animal abuse will give way to the initiation of an administrative file through which the facts will be verified, after which the corresponding sanction and measures to be adopted for termination will be decided according to the regulations applicable to the case. of the situation.

The evidence of animal abuse

It is necessary to clarify that, when making any type of complaint, whether criminal or administrative, the more evidence we can provide together with it, the more effective it will be, the evidence can be both visual (photographs or videos), as well as testimonial, For which we will have to provide the data of the people who have witnessed the event, veterinary reports or any other document that establishes the fact that we want to report may also be provided.

You can learn more about this in this other AgroCorrn article about Where to report animal abuse in Spain .

As is well known, social networks are one more instrument through which we can learn about different situations of animal abuse , since content has sometimes been disseminated in which behaviors that constitute said type of abuse are actually seen. Well, in these cases the Civil Guard has a unit specialized in telematic crimes , which, once the case is brought to their attention, will be in charge of tracing the origin of said publications and finding their authors.

Here we are not making a complaint, since to carry out this we must follow the channels described above, but for these specific cases, it may be the most appropriate means to put an end to the situation known through the Internet.

In addition, you may be interested in the information in this other article on How to avoid animal abuse .

If you want to read more articles similar to How to report animal abuse , we recommend that you enter our category of Pets .