Underground rivers: what they are and how they form 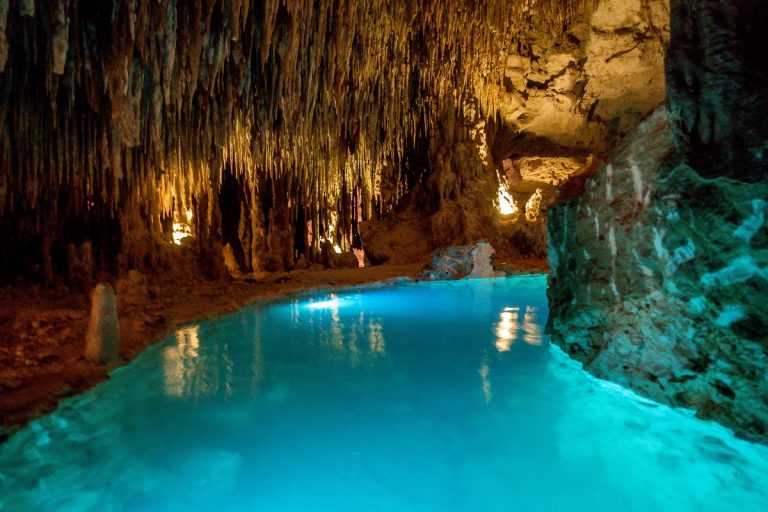 Within a watershed, the drainage network is made up of rivers, lakes, and aquifers. Being true to what our eyes see, we normally think that the water flows that exist are only superficial, but we forget that aquifers, which are geological structures that not only allow the storage of fresh water , but also its circulation. Therefore, there are underground rivers, which flow through caves and other cavities and perhaps we have been closer to them than we think, without knowing what we were visiting.

What are underground rivers

The underground rivers are water bodies that flow through channels not visible from the surface of the earth, as they are situated in the depths of the subsoil .

Its origin can be natural, so that natural underground rivers are fed by rainwater and can travel or cross underground cave systems or caverns. However, there are also artificial underground rivers , which have been created by man, as a consequence of urban development and mining activity. For example, the surveys carried out in the Alzola sima-mine region (Guipuzkoa) in the last century have given rise to an important network of caves and galleries through which the waters of the underground river Mondmilch or Moon Milk River circulate, since its water is white.

These underground rivers, whether natural or artificial, transport sediments (mainly calcareous, since this mineral is related to their origin, as explained in the following section) that in some cases end up feeding the sandy strip of the beaches in the that flows. However, seas and oceans are not the only final destinations for the waters of these rivers, as they can also flow into springs or be pumped for extraction by drilling wells.

How underground rivers are formed

In the formation of underground rivers and other structures of the subsurface water system, such as cenotes and underground lakes , the geomorphological processes of Karst play a very important role, leading to the dissolution and collapse of limestone. That is, due to the action of water, either from precipitation or melting ice, the soluble rocks are diluted and fractured , giving rise to cavities and interconnected caverns, which allow the passage of the fluvial current.

When water erosion is accentuated , it is possible that the roof of these underground cavities is weakened, which favors the formation of cenotes. These sinkholes or depressions in the ground, very close to the surface and in contact with the outside, that accumulate water, can be considered underground lakes created by dissolution processes (dissolution lakes). The cenotes are connected to each other thanks to the underground rivers and they differ from these in the way in which the impermeable layer of the aquifer systems is arranged. In cenotes and lakes, the impermeable layer forms a depression that allows the accumulation of water, while in underground rivers this layer remains sloping, favoring the circulation of water through hydraulic potential.

Finally, it should be noted that cenotes are very abundant and important in the Yucatan Peninsula, where the Ring of Cenotes stands out, formed about 66 million years ago by the impact of a meteorite.

Have you ever wondered where there are underground rivers ? Below you can find out the name of some of these geological formations located throughout the world:

Underground rivers of the world

Other of the best known underground rivers and the country in which they are found are:

To further expand your knowledge about fresh water, we recommend reading these other articles on How groundwater is formed and How rivers are formed .

If you want to read more articles similar to Underground rivers: what they are and how they are formed , we recommend that you enter our Nature Curiosities category .

previousGiant sequoias: characteristics and where they are
nextWhat are vegetables
Related Posts