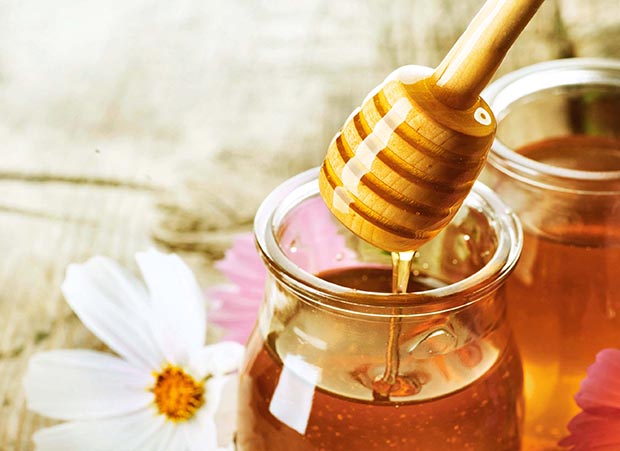 The world of beekeeping is really fascinating; curiosities of bees there are many and each one more interesting, although this time we will focus on that sweet and dense food that bees make: honey. Have you ever wondered how bees make honey and what they use it for? Is it true that honey is bee vomit? Does honey expire? What are the different types of honeys?

At AgroCorrn we give you answers to these and other questions with this entertaining article on how bees make honey . We will tell you what is the process of the formation of honey from when the bees go to the flowers until the beekeeper extracts it from the combs. Stay to find out!

We begin by counting, step by step, how bees make honey and how they store it in their combs .

What do bees use honey for?

Now that you know how honey is made , do you want to know why bees make honey ? Of course, bees don’t make honey for humans, although luckily for us, they make more than they need for themselves.

Bees use honey as food , as flowering only occurs mainly during spring. In this way, they ensure that they have food reserves throughout the year (similar to what happens to ants, only that they collect food during the summer).

In addition, they also use honey to mix it, together with salivary enzymes, with the pollen that they also collect from flowers; mixture that they also store in the honeycomb for a while. They do this because pollen is the food of the larvae or baby bees, but it is not digestible for them if it is not provided in the form of the aforementioned mixture.

If you like this type of curiosity, we recommend you read this other post with +20 curiosities of invertebrate animals .

We mentioned earlier that bees swallowed and regurgitated nectar for a time to transform it into honey, so can we consider honey to be bee vomit ? No, it definitely isn’t.

Why is honey not bee vomit ? Well, first of all, because the stomach where the nectar is stored is not a stomach as such, but is prepared to make honey and that is why it is called a honey crop . Second, the transformation from nectar to honey also consists of other steps external to the animal, such as flapping to remove as much moisture as possible to avoid fermentation.

Thus, vomiting is not the same as regurgitation, which is what bees do and, furthermore, it does not come from their stomach, but rather from their honey crop.

Do all bees make honey?

Of these 5, the most abundant is Apis mellifera , which in turn has several subspecies. For example, the honey bee typical of the Iberian Peninsula is Apis mellifera iberica . Apis mellifera is found almost all over the world, except for the poles (since there is no flowering there) and some parts of Asia.

Honey can have a monofloral or multifloral origin. We say that it is monofloral honey when more than 45% comes from a single type of flower; on the other hand, it will be multifloral honey or ” honey with a thousand flowers ” when the origin of the nectar is more heterogeneous or diverse, that is, it has come from several species of flowers.

Among the best known monofloral honeys we have honey from:

Each monofloral honey has a particular flavor, smell and color. Thus, we have, for example, that orange blossom honey has a pale yellow color with an intense flavor that is reminiscent of the orange blossom. Other honeys, such as heather, are very dark and have a bitter taste.

How to remove honey from the comb

As bees make more honey than they need for themselves, a certain amount can be extracted ensuring that they always leave enough food, as we remember that it is always vital to take care of them. In fact, here you can see a project of Beehives in the city to save bees and in this other link you can learn more about The importance of bees .

Let’s see, next, how to extract honey from the honeycomb step by step :

If you are wondering about the expiration of honey, here we answer your question: honey retains all its beneficial properties for many years, so we can say that honey does not expire .

The honeys that we find in supermarkets have an expiration date on their labels, although it is something that is indicated only because it is mandatory. In fact, honey up to 3,000 years old has been found in some pharaonic tombs (as they used it for embalming) and it was in perfect condition.

Here below you can see the video that we have prepared on this interesting topic and, also, if you liked discovering all this about honey and bees, we encourage you to learn more about them with this other AgroCorrn article on the Difference between bees, wasp and bumblebee .